What’s the best direction to sleep in both hemispheres 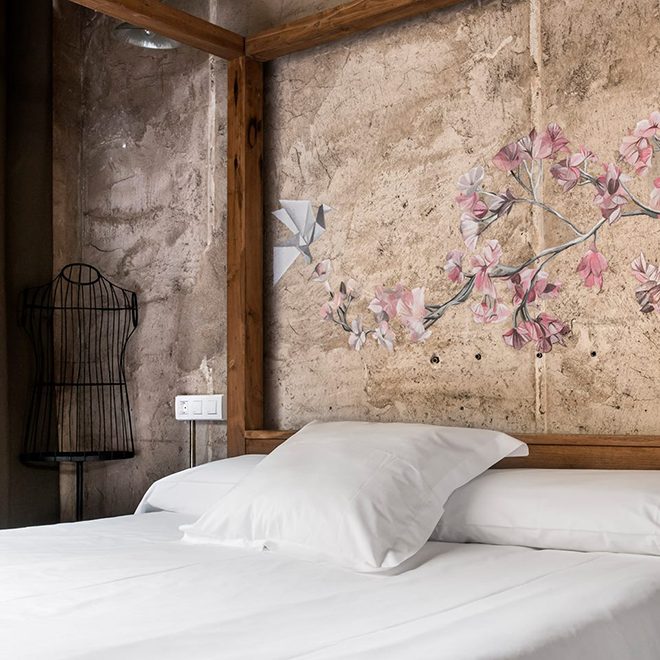 What’s the best direction to sleep in both hemispheres

One of the questions that people ask me more often is what’s the best direction to sleep. I must admit that there is a lot of confusion with this because people don’t normally consider the hemisphere where they are.

So in this post, I will tell you what’s the best direction to sleep according to Vastu Shastra and I will also explain you the reasons. There’s actually a simple logic behind that’s related to science, the polarity of the earth and how all that influences the energy system of our body. 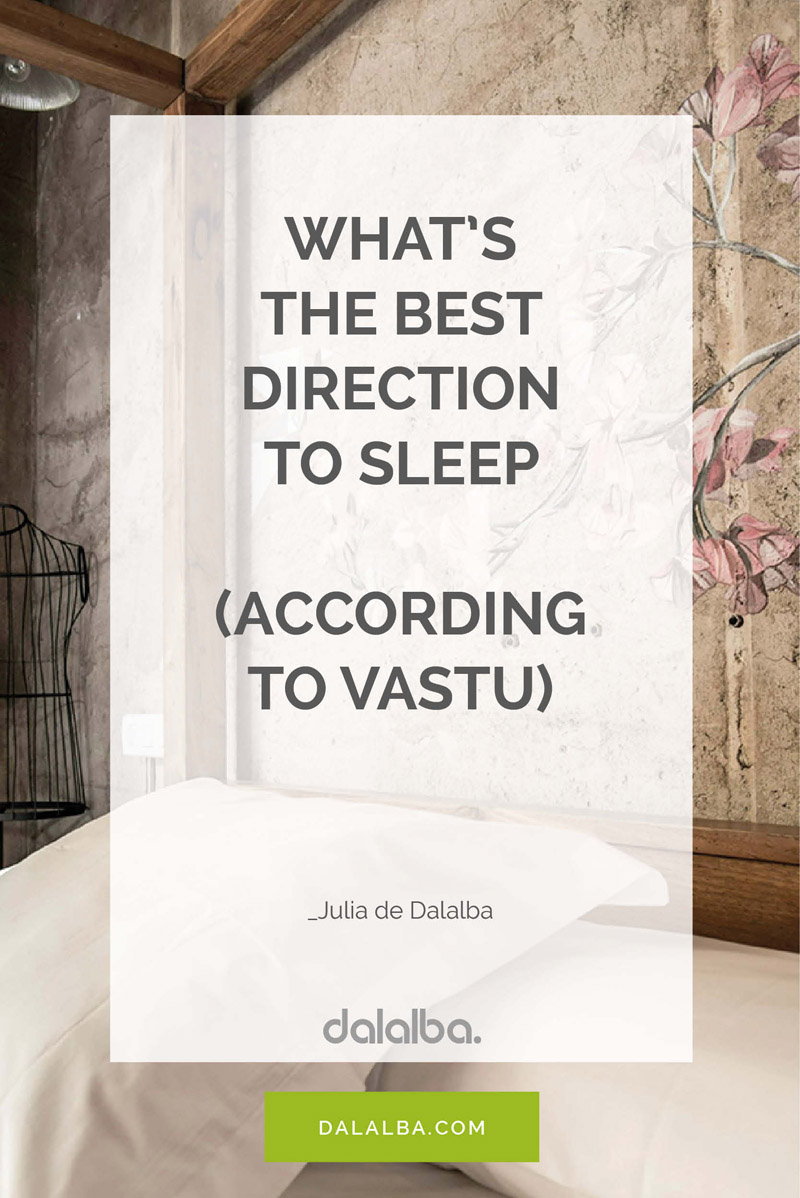 But, first of all, let’s talk about the cardinal points of the human body. According to the Indian yogi Paramhansa Yogananda, the North point of the human body is located around the top of the head and South at the base of the spine. East is located in point between the eyebrows (also called Christ centre) and West at the back of the head, around the medulla oblongata.

And…where is the North in our planet? I’m sure you are thinking that is in the North Pole, right? That’s right! But…(and this “but” is very important) is right just for the people living in the Northern Hemisphere! Whoever lives in the Southern Hemisphere their magnetic North points to the South Pole because the polarity gets inverted.

Now, I’m sure you have heard the polarity rule of: “opposite poles get attracted and same poles get repulsed”, right?

Ok, the same happens with our body when the head is horizontally orientated towards the South or North pole. For example, we said before that, according to yoga, the North in our body is located in the top of the head and Vastu states that is not right to sleep with the head towards North. Why? It’s simple! Same polarity gets repulsed.

So, if you’re in the Northern Hemisphere the best orientation is to sleep with your head pointing to South or East and if you are in the Southern Hemisphere, your head should rest towards North or East. I think, you will better understand it the diagram that I’ve prepared for you bellow: 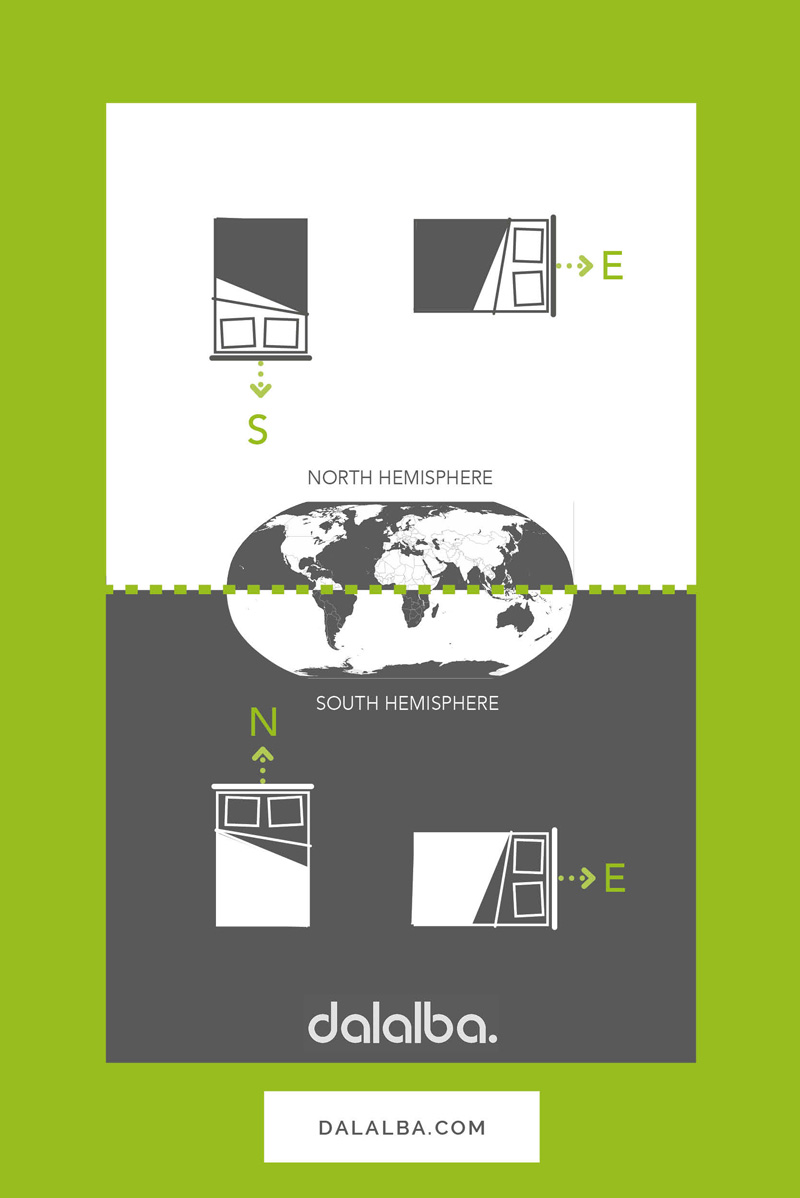 The best direction to sleep affects your health:

We spend 1/3 of our time sleeping and this period of rest is vital for our body system.

As I said before, the human body has a magnetic field with the head as the North Pole and the legs as South Pole. And Vastu Shastra stablishes that according to magnetic laws, if you sleep with your head towards the North, there arises a force of repulsion between the magnetic North Pole of your body and the one of the earth. This repulsion can disturb the central nervous system causing tension, sleeplessness, increase a blood pressure, etc

Vastu is not a rigid system and there are exceptions. Each space has different peculiarities that also need to be taken into consideration. However, I am going to mention here the most frequent exceptions:

Slope of the land:

Depending on the slope, there are places in the North Hemisphere where the energy flows as South Hemisphere and then, all rules should be applicable as if the property were in the located in the South Hemisphere. This is something that very few Vastu consultants know.

That’s for example the case of my house in North Spain because it’s in the Atlantic coast. It happens very often in places of coast with the sea in the West side such as Kerala in South India, the Atlantic coast in Spain & Portugal or the West coast of USA. Also in in the mountains when the slope of the land is higher in the North. However, this is something that can only be tested and confirmed on site.

Fit out of your bedroom:

You must consider also the rest of elements of your bedroom before moving your bed. Not all bedrooms that are already built can offer the possibility to move your bed because you have a door there, window or…who knows!

Each case should be carefully studied because you may move your bed to the right orientation but maybe, you make it worse. For example, let’s say… a geopathy! Or a huge beam on the ceiling crossing your bed…or the door entrance of the bedroom just in front of the bed. There are many other factors that also influences in your health and the quality of your seep, not just the orientation of the bed.

Vastu has general rules but is not a rigid system and sometimes, we must be practical within our idealism. If you have a property and you don’t want to do renovation works, is advisable to put into practice the best possible solution for the necessities of your case.

The direction of your bed is important for a good sleep but there also so many other aspects related to your room environment that affect the quality of your rest.

Many people ask me about ways to optimize the bedroom environment. There is so much to say about it that decided to create this ultimate guide to improve your bedroom and your sleep with 20 key elements. I hope that this post has been useful for you! And, if you have any doubt related to your home, you can always book a Vastu consultation with me. I would be very happy to help you in anything I can.

Lots of love and light!