Discover the 5 elements of Vastu at home: Pancha Boothas 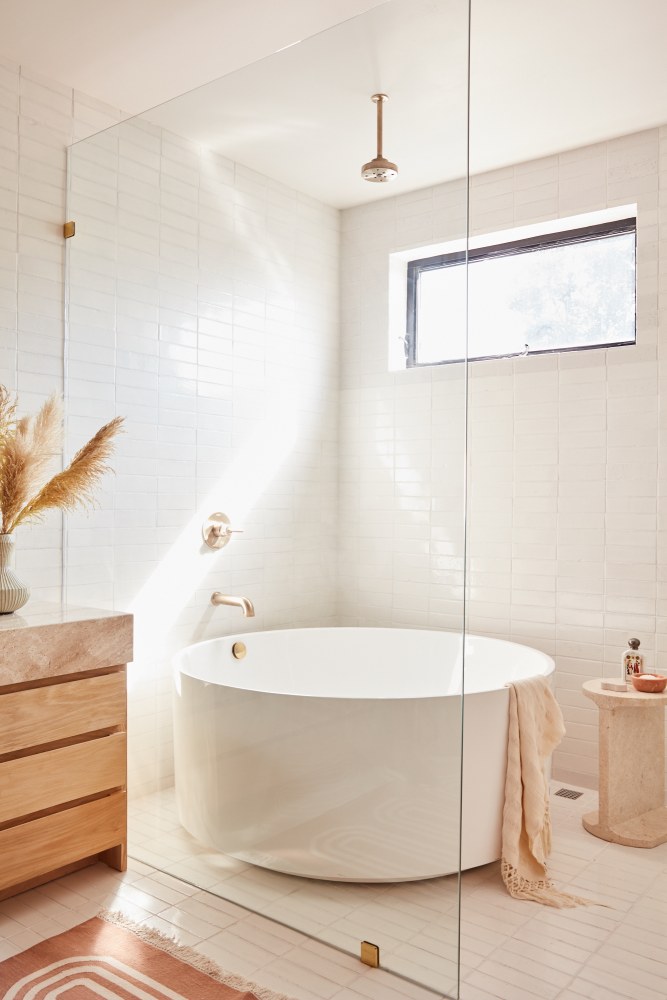 Discover the 5 elements of Vastu at home: Pancha Boothas

Would you like to discover where the 5 elements of Vastu are in your home? I hope so because that’s what this post is about! I’ll explain you where they are, whether you live in the Northern or Southern hemisphere 🙂

If I told you to locate the four basic elements in your house: earth, water, air and fire… You would surely associate the water element bathroom, right? Well, that’s what I thought when I began to study this subject but let me tell you that, according to the Vastu Shastra, it’s not exactly like that…

The location of the elements within a construction in Vastu are located according to the cardinal directions and based on this, we distribute the rooms of the house (in addition to many other factors that I won’t mention here because they’re out of scope).

But before telling you where these elements are located in your home, and the functions associated with them, let me explain you first what the Pancha Boothas are. 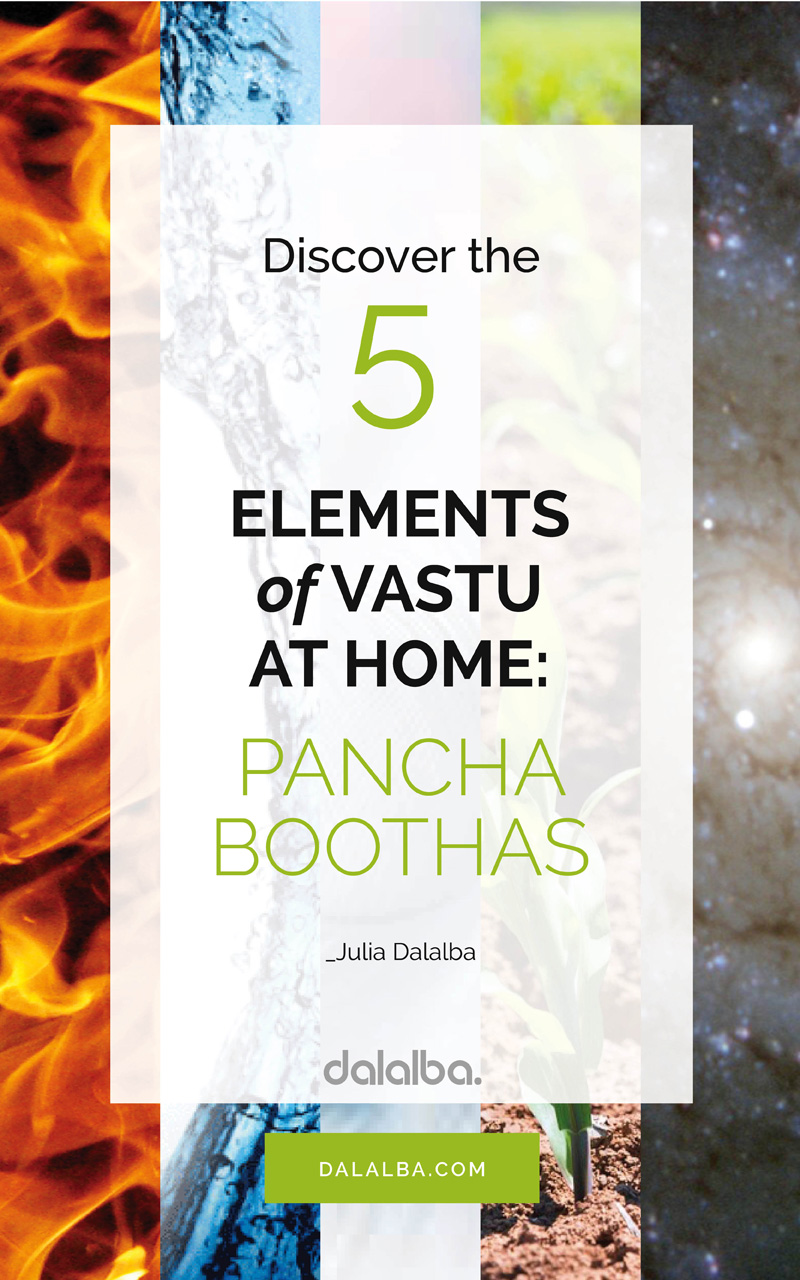 What are the Pancha Boothas in Vastu?

The Pancha Boothas or Pancha Maha-Bhoota are the group of 5 basic elements present in nature:

According to the wisdom of the Vedas, these 5 elements constitute the basis of cosmic creation. Ayurveda and Indian philosophy consider that the human body is made up of these five elements and they also play an essential role within Vastu Shastra.

The Pancha Boothas in Vastu are associated with a specific direction and, once they’re located, the space is distributed associating a room or function to each particular element. For example:

And now you may be wondering: what’s the direction that Vastu recommends for each of the 5 basic elements?

Well, its location varies a bit from the Northern to the Southern hemisphere. Here I show you the scheme of the Vastu Purusha Mandala where you can see the orientation of each of them in the Northern Hemisphere:

The five elements of Vastu in the Northern Hemisphere: 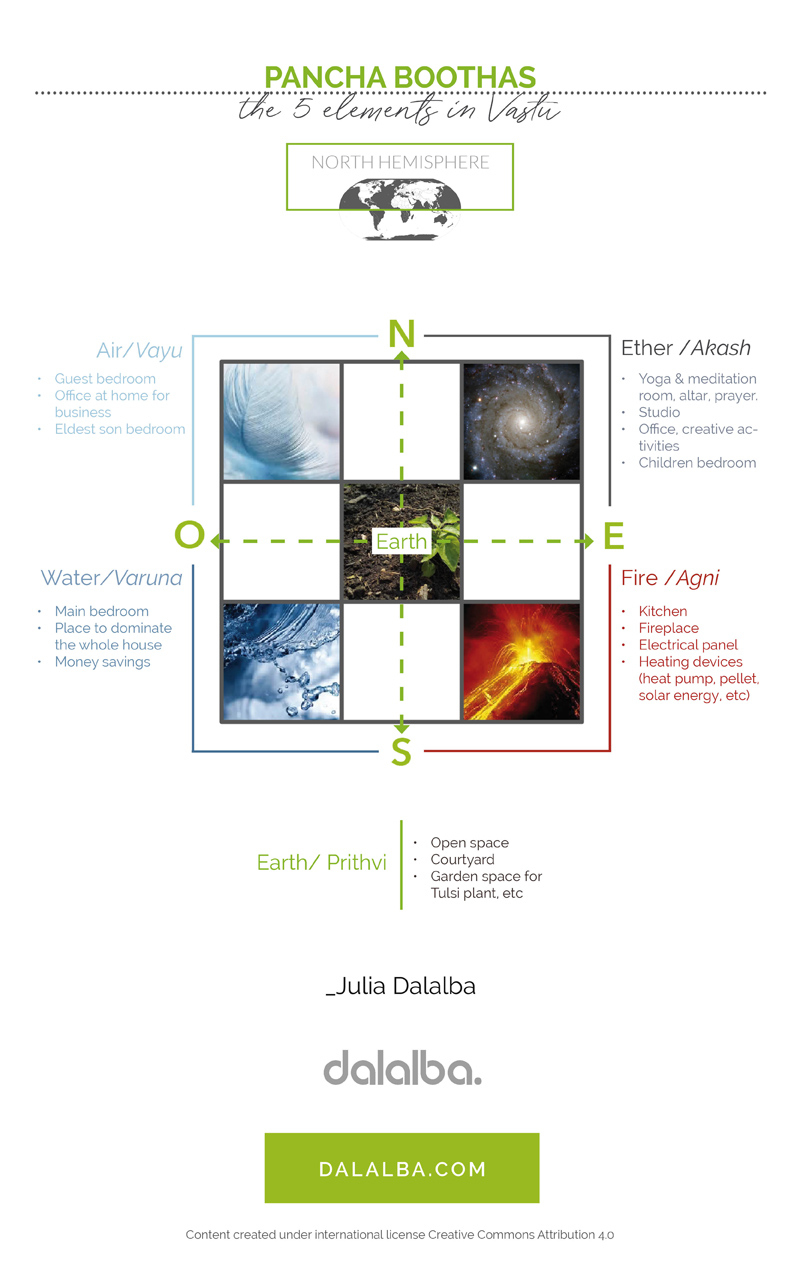 The directions of these elements are located are as follows:

I have to say that many sources point the Pancha Boothas in Vastu to other cardinal directions because there is a lot of confusion with this topic! For example, I have seen in many books and articles the “ether” or “space” element located in the center of the house and the water element in the Northeast.

And yes, according to Vastu the water element is in the Northeast but actually, it refers to groundwater and there is a very logical reason for it. The water coming from the melting ice of the North Pole, along with the rotation of the earth on its axis towards the East, makes these waters go towards the Northeast, so this is the best direction to find underground water. And for this reason, the Vastu recommend this orientation to have a well or pool (outside the house but inside the property).

And I fully understand that many sources mark the space or ether element in the center because it’s the most sacred area of ​​the house, along with the Northeast. And it must be a diaphanous space because it’s in this central nucleus where the energy of the Cosmos and the Earth come together vertically to be distributed later on throughout the house radially and horizontally.

I must also clarify that the direction of the elements is reversed for the Southern hemisphere due to the pole’s magnetism and this is a matter that very few Vastu consultants know.

Thus, the scheme of the Vastu Purusha Mandala where you can see the orientation of each element for the Southern hemisphere, would be like this:

The five elements of Vastu in the Southern hemisphere: 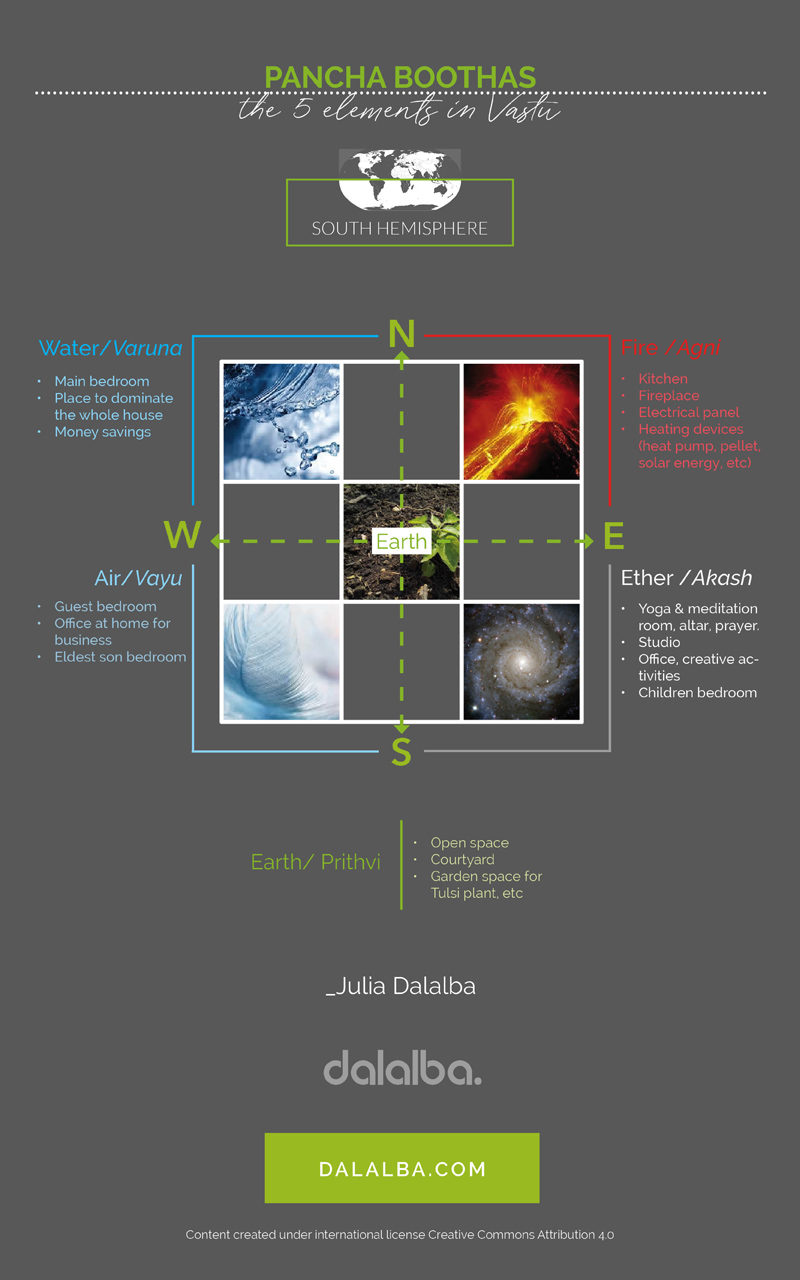 Below I show you a comparative chart of the two hemispheres so that you can see the differences at first sight.

Comparison of the 5 elements of Vastu in both hemispheres: 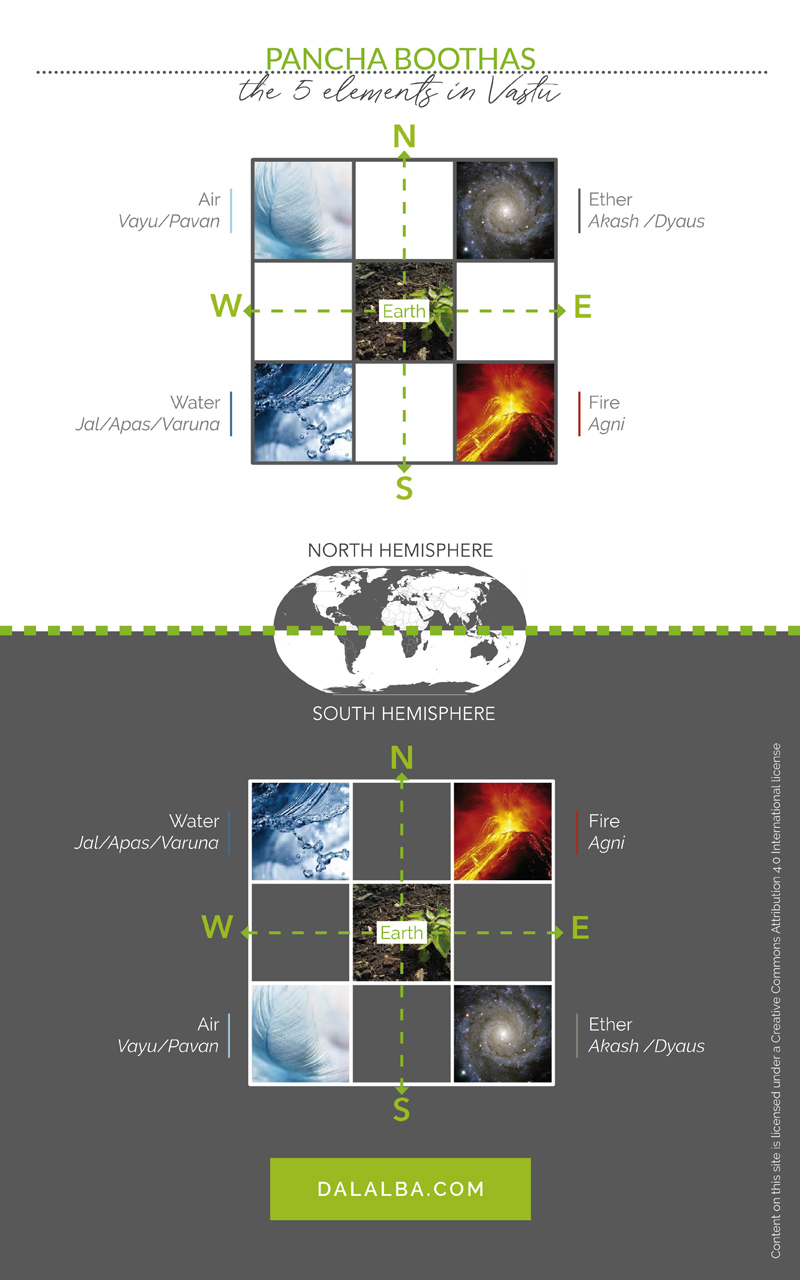 And what happens if the distribution of your home doesn’t follow the orientation of the elements?

Well, it can cause different types of physical problems or diseases. Each element is associated with a part of the body and that part of the body can be afflicted if it’s not located according to the orientation recommended by Vastu.

And the parts of the body associated with each element are the following:

So, if for example you live in Madrid and you have the kitchen in the Northwest instead of the Southeast as Vastu recommends, the fire element is “out of place” and therefore, you are likely to have leg problems  (knee problems, ankles, etc).

And can it be solved?

Yes, it can be amended! And without need to do renovations. This is one of the issues I always analyze in my consultations before implementing the Vastu corrections. I work energetically so when I encounter a problem of this type I neutralize it by placing some specific pieces in a strategic way and it works very well.

But first, it’s important to assess whether the energy of your property flows as Northern or Southern hemisphere. There are many exceptions to this that’s determined by the slope of the land, influence of the sea, etc.

For example, my house in the North of Spain follows the conditions of the Southern hemisphere. Neither the kitchen, nor the fireplace, nor the electrical panel is located in the Northeast of the house and my parents have had knee problems repeatedly until I made the Vastu corrections. And they’re fine now!

Vastu is complex and there are many exceptions but now that you have read this post, and you know where each element is located in your house, I suppose you can identify if there is any “anomaly” that resonates with you.

I hope this post has been useful to you! I put a lot of work on the graphics to try explain it as clearly as possible but if you have any question, feel free to ask sending me an e-mail or leave a comment below. I will respond as soon as I can.