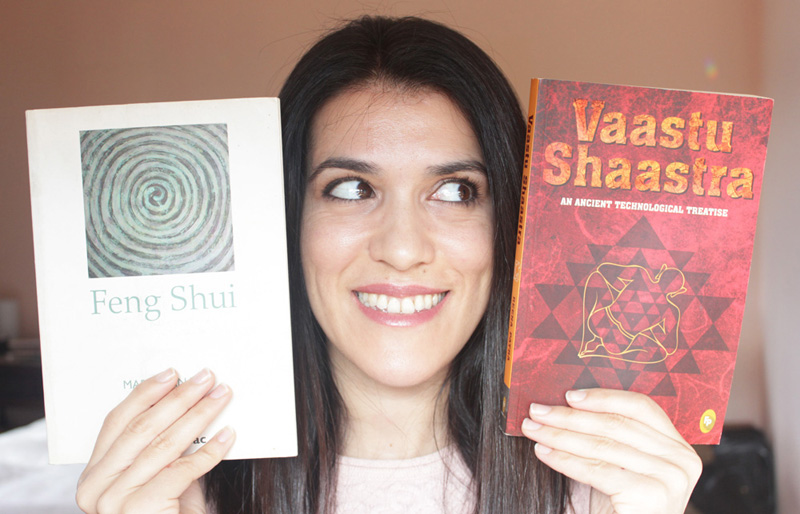 Here in Europe, almost nobody knows about Vastu Shastra. Every time I mention it, people normally ask me the same question: “Vastu … is like Feng Shui?”

So when I compare Vastu Shastra vs Feng Shui, I think: do they really look alike?

It depends on what you know about Feng Shui! If what you know is the superficial, decaffeinated and distorted side that popularly circulates in the West, then my answer is a big NO! So in this post I analyse the two disciplines and explain you not only the few points they have in common, but also their main differences. 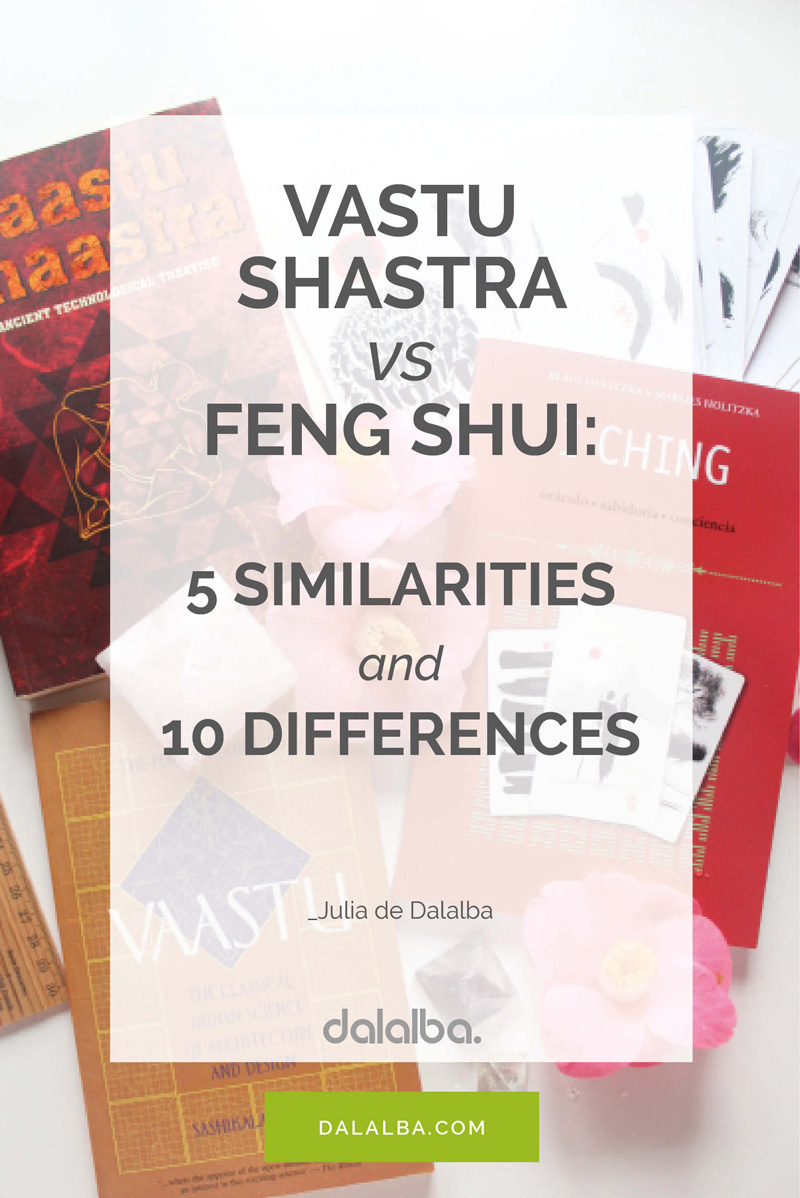 My brief story with Feng Shui…

Before knowing about the existence of Vastu, I was very sceptic with Feng Shui. I thought it was a “Chinese tale” based on pure superstition until I decided to give it a try. In 2012 I went to Hong Kong on holiday and attended a Feng Shui talk. I found it interesting but impractical. It did not convince me…

A year later, I discovered Vastu Shastra in India and I immediately knew that it was my thing. It took me two years to find a good Vastu teacher and while I was looking for him, I became interested in learning a bit of Classic Feng Shui. And it was in Madrid where I really discovered it, thanks to the rigor of Leonor Estrada, my teacher. And, thanks to her, it convinced me more! 🙂

First of all, I’d like to clarify that I am not a Feng Shui expert, my specialisation is Vastu! But I wanted to prepare this post being as objective as possible and I am very grateful to Leonor for her contribution here.

The 5 most important similarities that I have identified are the following ones:

1. They represent ancestral disciplines that seek to create spaces for well-being in harmony with the environment, nature and the cosmos.

2. Both are arts related to metaphysics. They combine a visible, material and tangible part with an invisible, intangible and intangible part that cannot be seen or touched but felt.

3. Both organize the spaces following certain energy flows. This energy is called “Chi” or “Qi” in Feng Shui and “prana” in Vastu Shastra. In Christian words is what we would call “spirit” and in the field of quantum physics, energy.

4. The two systems offer “cures” to harmonize the energy of the spaces, correct problems of energy flows as well as recommendations regarding decoration and better distribution of space.

5. They represent a very broad interdisciplinary knowledge that requires several years of study and practice to master it. (One doesn’t become a Vastu or Feng Shui consultant with an intensive course of 3 months…)

Despite having some points in common, we must bear in mind that both disciplines follow very different methodologies and differ in many things. I summarize the most important ones in the following scheme and I discuss bellow their 10 main differences. 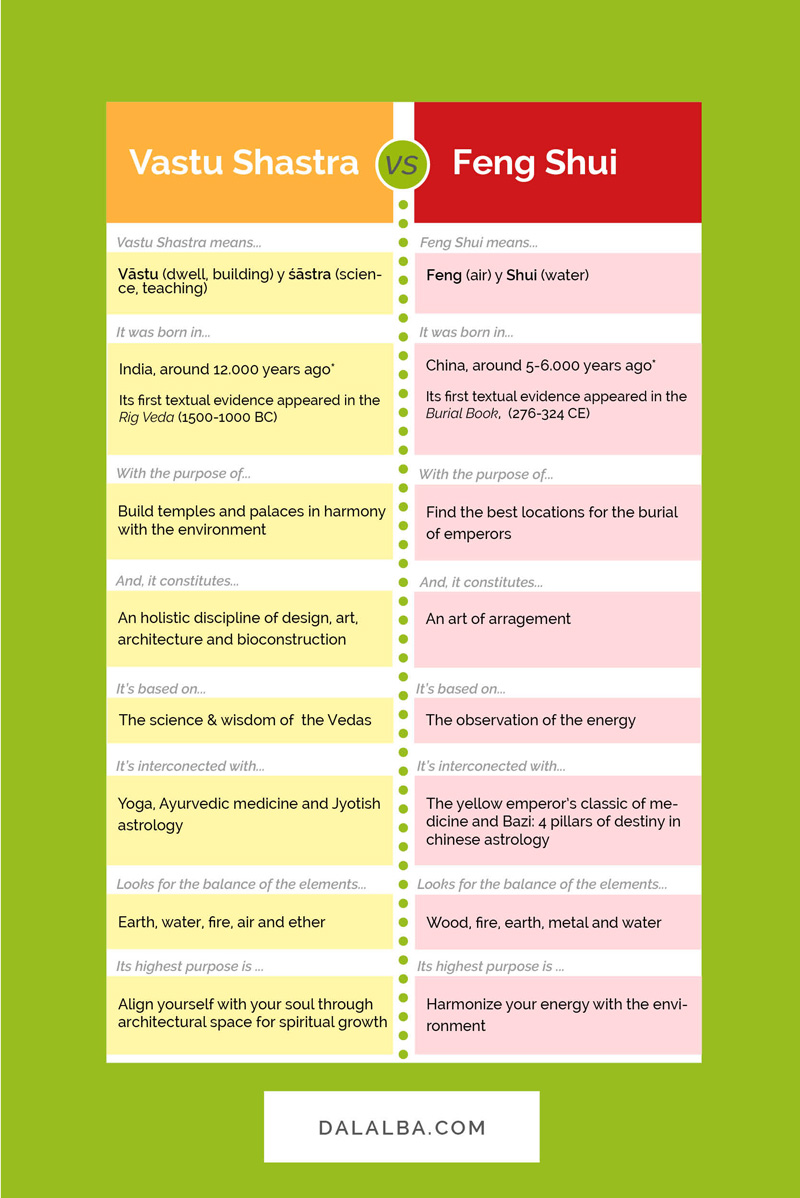 It’s difficult to comment all their differences here so I collected the 10 main ones here:

1. Its antiquity is not the same: Vastu Shastra is much older than Feng Shui

Vastu was born in India about 12,000 years ago (according to MahaVastu) and Feng Shui in China, about 4,000-6,000 years ago (according to Lam).There are many theories that state that Feng Shui was born from Vastu or was greatly influenced by it. When the monks from India crossed the Himalayas to China to expand Buddhism through Asia, they also brought with them the knowledge of Vastu. However, it was modified according to the climatic conditions of China. It was adapted to its culture and evolved differently to what is now known today as Feng Shui.

Hence, many reject Feng Shui calling it superstition. However, although Vastu also observes the effects that this energy has in our lifes, it offers more coherent arguments that merge science with spirituality.

Feng Shui represents the art of placement according to positive energies in order to make harmonic life and maximize opportunities. Health, well-being and prosperity are its purpose. Vastu promotes the same but through an integral design discipline that covers all aspects of the architectural process. It includes consecration rituals, construction processes, geometry… even urban planning!

4. Geobiology is an essential part of Vastu but it has been lost in Feng Shui.

Very few Feng Shui consultants today know about the magnetic fields of the earth, their influence on people’s health and how to deal with it. However, originally they were part of Feng Shui, called “the veins of the dragon.” In Vastu, these networks are part of the Vastu Purusha Mandala symbology.

Vastu offers universal guidelines but many aspects of Feng Shui are closely linked to Chinese culture and don’t work for everyone. For example, Feng Shui promotes the use of the colour red because it represents prosperity and good luck but for a Western, that colour is a sign of danger and transmits stress.

6. Vastu establishes the most favorable distribution for a building permanently while some Feng Shui schools recommend changing it every year.

Can you imagine changing the function of each room and furniture according to the new Chinese year? I couldn’t deal with something like that… Especially when the reasoning is so far away from my cultural capacity of understanding. That is, having to change it because it is “the year of the rat” is not a valid argument for a Western mind…

6. Vastu establishes the most favorable distribution for a building permanently while some Feng Shui schools, recommend annual adjustments.

The school of the flying stars of Classic Feng Shui suggests certain colours or elements to receive the different types of Qi that are placed each year in each of the 8 cardinal orientations. And for that, it follows the Chinese calendar. Vastu, however, does not contemplate such adjustments.

7. Vastu and Feng Shui contradict each other in many ways:

They agree in some orientation parameters, distribution of furniture, etc. but they contradict completely in many others factors. For example, while Vastu states that the North orientation is very good for prosperity and finances, Feng Shui considers it as any other of the 8 cardinal orientations. It will be favorable or unfavorable depending on the relationship between visual elements (forms) and invisible (energy).

8. Its 5 basic elements for the harmonization of space are different:

According to Vastu, the 5 basic main elements in nature are earth, water, fire, air and ether. They’re the same as in Ayurveda (Pancha Bhoota). However, for Feng Shui the elements for the cycles of creation, control and destruction are wood, fire, earth, metal and water.

I think this point is the most important because it includes all the rest. Vastu follows the art, science and philosophy of the Vedas, is part of an integral knowledge that is interconnected with Yoga, Ayurveda and Jyotish astrology. On the other hand, Feng Shui is interconnected with the yellow emperor’s book of traditional Chinese medicine and astrology: the Bazi, the four pillars of destiny.

10. Their highest purpose is different:

Feng Shui seeks to take advantage of the good energies in the place where we live or work and avoid or reduce those that affect health and prosperity. Vastu promotes the same but its highest purpose is spiritual and more profound. It seeks to align the yogi with his soul through the architectural space and establishes the ideal spatial conditions for his process of union with the Self. It facilitates personal and spiritual development. Other goals are: to help you be more inspired, find your life purpose and have more mental clarity to achieve success.

Finally, despite being two Eastern disciplines with similar purposes, they follow a very different methodology and they should not be confused.

I hope this post has been clarifying and, after having arrived here, now it’s who asks you:

Do you think Vastu Shastra and Feng Shui are similar?

Lot’s of love and light,