The 7 secrets for effective prayers 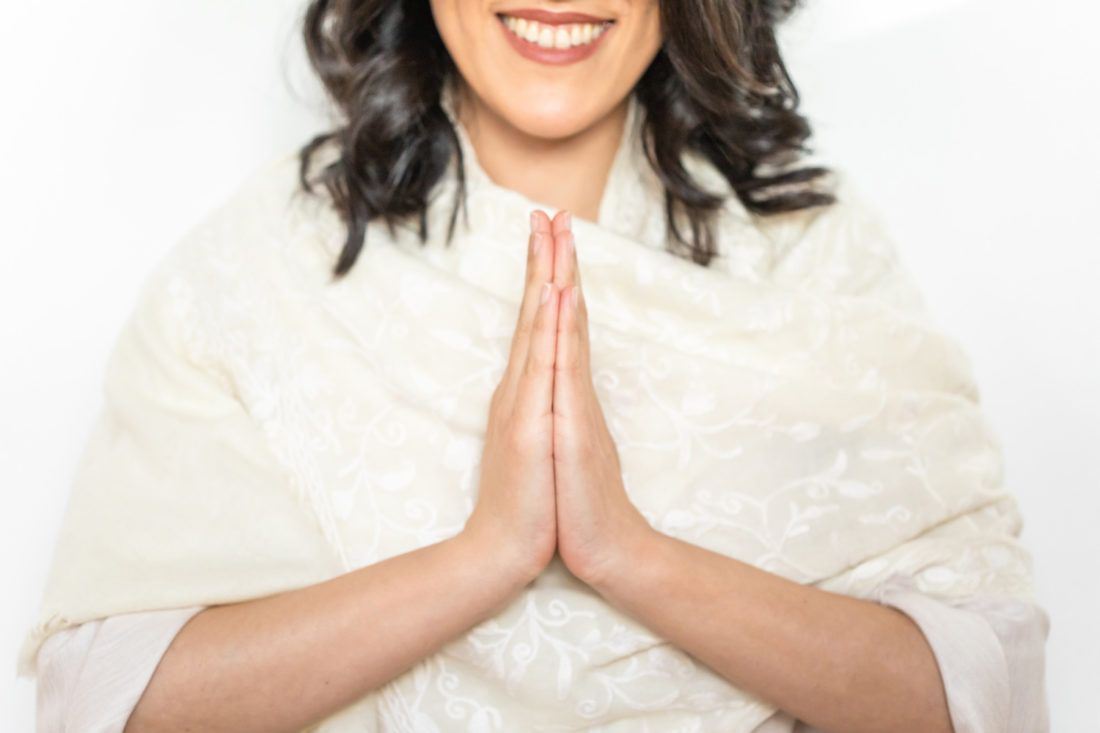 The 7 secrets for effective prayers

Many people think that praying is not worth it but those of us who do it continually know how effective it is! Today I am going to share the secrets that have worked best for me, the 7 secrets for effective prayers, for whatever the area of ​​your life you want to apply it.

And believe me, this is a fundamental aspect for anyone who practices Vastu in service of the Divine. It is a sacred science in which you co-create by aligning yourself with the Spirit, the energy of prana, so praying is part of the process.

For me, prayer is a fundamental pillar when creating, harmonizing a space or treating people in the healing sessions I do. Over the years, I have come to realize what works and what doesn’t.

And today, I am here to share the secrets for effective prayers with you! Are you ready? I’m going to start by telling you a story that my father used to tell me…

1. Align your thoughts, words and actions

Once upon a time there was a man who constantly prayed to a Saint to ask him to win the lottery. After praying a lot to him, one day, the Saint appears in front of him and says: “I have heard all your prayers and I am doing everything I can, but I need you to buy a lottery ticket from time to time!”

What my father was trying to tell me with this story is that whatever we ask for, we have to put the will to get it, working on it. Swami Kriyananda used to say that one doesn’t reach the top of a mountain simply by wishing to be up there. You need to do your part and take the necessary steps to get to the top.

Pray with the inner certainty and determination that you’re getting what you are asking for. In the same way that a small child lives confidentially secure under the protection of his parents, that’s the same attitude that adults must adopt, becoming children of the Divine.

Jesus said “Have faith in God. I assure you that if someone says to this mountain: Get out of there and jump into the sea “, believing, without the slightest doubt that it will happen, you will get it.” Now tell me, do you really believe that your faith is capable of moving a mountain? Surely you think not … am I wrong? (And you are not the only one, believe me, this point is also difficult for me … 🙂

This refusal doesn’t come from our spiritual nature but from the egoic mind, from a series of limiting beliefs and from past experiences. Who do you know anyone who could move a mountain to the sea? The ego, many times, needs to see to believe. But faith does not come from the ego. It’s an internal certainty that comes from the Self and from the trust in a higher intelligence. The problem is that the human mind, by its analytical, critical and sceptical nature, tends to judge what’s possible and what’s not. If the mind doubts, faith fades.

Eckhart Tolle, one of my favourite authors on spirituality, explains that the secret for manifestation was expressed by Jesus in this sentence: “Believe that you have already received everything that you are asking for in prayer, and you will receive it”

And maybe you don’t have it yet on the material level but helps to believe that you already have it on the etheric, energetic or spiritual plane.

In yoga, there is emphasis on mastering the mind through meditation and introspection. The first step is to adopt a witness position in reference to all that mental noise full of critical thoughts that clouds the light and creative power that we already have. So if you have lots of critical thinking, the trick I’ve found is to say to that critical voice… “Thanks for the information. Next! ”

3. Pray from the heart, with love

The best way to avoid entering the mind is to focus your attention on the heart. It sounds like a cliché but praying from the heart and with love has a direct pass to the Divine because you are using its language, the language of love, especially if the intention is pure.

And this is one of the most important points for an effective prayer because you will be vibrating high, so high that your prayers will be heard. And one way to connect with the energy of the heart is through compassion.

4. Use your attention and concentration

Now that you know the direct pass to Divinity doing it lovingly from the heart, I have to tell you that there is another important ingredient to add: your attention and concentration. My Guru used to say that half-hearted prayer attract half results. And that God answers all prayers but restless prayers, He only answers a little bit.

When I go to the church in my town, I am amazed to see and feel how people recite the prayers aloud on automatic pilot, as if they were reading the shopping list of the grocery store. There’s no heart or attention but, ladies and gentlemen, those things happen even to the best people, it’s very easy for the mind to get absent!

Don’t allow other thoughts from your daily life to disturb your attention in that space of connection with the Father, the Divine Mother, God, the Universe or the Self (no matter how you want to call it). Tell me, if you spoke to your mother on the phone from a football stadium, do you think she would hear you clearly with so many people yelling behind you? Well this is the same, there are many voices in our mind trying to steal your attention towards several things at the same time. And so our prayers cannot be easily heard with so much mental noise around.

In yoga, the use of attention and concentration is promoted as a kind of laser beam, free of disturbances, so that the energy is focused in that direction, feeling in your whole being the power of each of words you speak. Praying it in a meditative state helps a lot because the mind is more calm and centred.

I have found that it helps a lot to visualize what we’re asking for in great detail, as if you were living it here and now, feeling the emotion that awakens in you. The subconscious mind doesn’t distinguish between visualization and reality, so it prepares the body for what we are visualizing.

How can you visualize? Here I am going to give you several examples:

If you pray to do an energetic cleaning in your home, visualize how a light enters through the doors and windows illuminating any dark vibrations that may exist, add feeling to it and imagine how good that space makes you feel now, surrounded with light. If you are praying for a loved one who is sick, visualize him/her already fully recovered, healthy, happy and radiant as you pray for him/her. If you are praying to pass a job interview, visualize yourself on the day of it answering all the questions with calm confidence.

This is also called creative visualization and is widely used in coaching and personal growth. And there are many studies that prove its effectiveness!

Here are two important factors, the way to pray claiming your Divine right and to do it from a space of abundance, instead of complaint or lack.

“Cultivate the consciousness that the Divine Spirit is your own Father and is the owner of the whole universe, along with all of its abundance. You, as His beloved child, have the absolute right to possess anything, even as He does. Never beg or pray for anything, but hold the thought that you have everything already, and that all you have to do is to seize it with the infinite, natural confidence of a child of God. Don’t be a beggar! Realize that you’re the child of the Emperor of the Universe”

For Tolle, one of the greatest obstacles to manifesting what we want through prayer is doing it with an awareness of need or lack. When, for example, you address the Universe, God, Jesus or the Divine saying: “Please give me _____”, or “please make _____ happen” it doesn’t work very well because you are minimizing your power of manifestation. On an energetic level, you are declaring that you don’t have it and you want it, you need it, and therefore, you are asking from a place of lack.

I have found that the best way is to make requests being grateful. Gratefulness is linked with a consciousness of abundance so, instead of saying “Please give me _____”, say “Thank you for giving me _______” because you are already acknowledging that it has been granted to you.

For example, if you want to earn more money, a way of posing your prayer could be something like: “Thank you for all the money you give me, I am now open to receive much more abundance and prosperity as my Divine right”

7. Surrender to the Divine will

Jesus said: “If you believe, you will receive whatever you ask for in prayer” but it’s also written the importance of following the will of the Father.

In the book Autobiography of a Yogi, Yogananda tells a lesson that, according to him, he would never forget. It’s about a story that happened to him trying to save the life of a deer. It was dying and he fervently prayed for its recovery. The deer got well but that same night appeared to him in a dream telling that Yogananda was holding it back and was asking him to let it go. Yogananda, at that moment, realized that the life of the deer had been over and that its soul was ready to progress towards a higher form but he was preventing it, trying to save it, because he was attached to the deer.

Many times we ask for things that aren’t aligned with the Divine will so it’s highly recommended to surrender to that will, not ours, in the things we ask for. Even if our request is full of good intentions and we think it would be the best thing in the world!

So when you pray for someone, for you or when you ask for something, add an attitude of surrender. An example might be “Thank you for giving me_______, if that’s your will.”

So these are all the secrets for effective prayers I wanted to share with you. I hope this post helps you to pray in a much more effective way and share it with all the friends you think might consider it useful.

The world needs many effective prayers!

With love and gratitude,