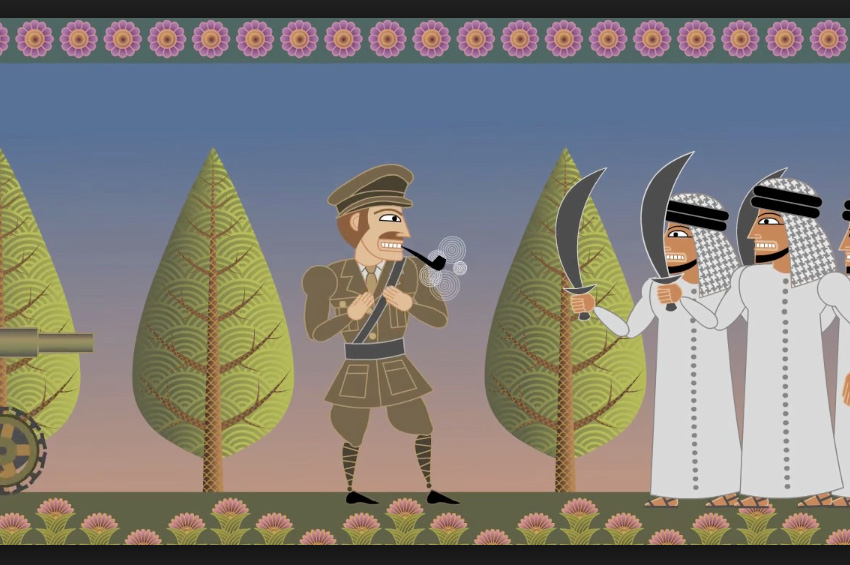 Yoga means “union with God” and today, much to my regret, I bring a clear example of what is NOT union, and less with God. This is a video preview of the Seder-Masochism animated film made ​​by the producer and cartoonist Nina Pailey which is entitled “This land is mine”. I was very touched, it reflects very well the origin of the conflict between Israel and Palestine for the Holy Land throughout the history. It’s great! (You definitely have to watch it…)

Peace, calm, love and joy are 4 of the 8 aspects of God that seem to have been forgotten in this land one day called “Holy”. Today there is a pure conflict of egos between neighboring countries, and I am very sorry.

The video reminds me the story of a father who gives a toy to his two children and they both scrambling for its possession until the father sees it and says, “Children, stop fighting, this toy I gave it to you both to play together and enjoy it as two good brothers “.

Right now there are many campaigns in social media that promote peace in this war between Israel & Palestine and would like to join them from here. I hope one day the men failed to understand that that land belongs to everyone.

An architect specialized in interior design for health and well-being, Vastu Shastra consultant and space coach.

I help companies and entrepreneurs to be more productive and successful through their business space. I also help yogis and people like you to feel more inspired, healthier and happy through your home space. For this I offer consultations and correct energy flow issues in homes and businesses. With no demolitions!

I had a beautiful birthday day walking towards the