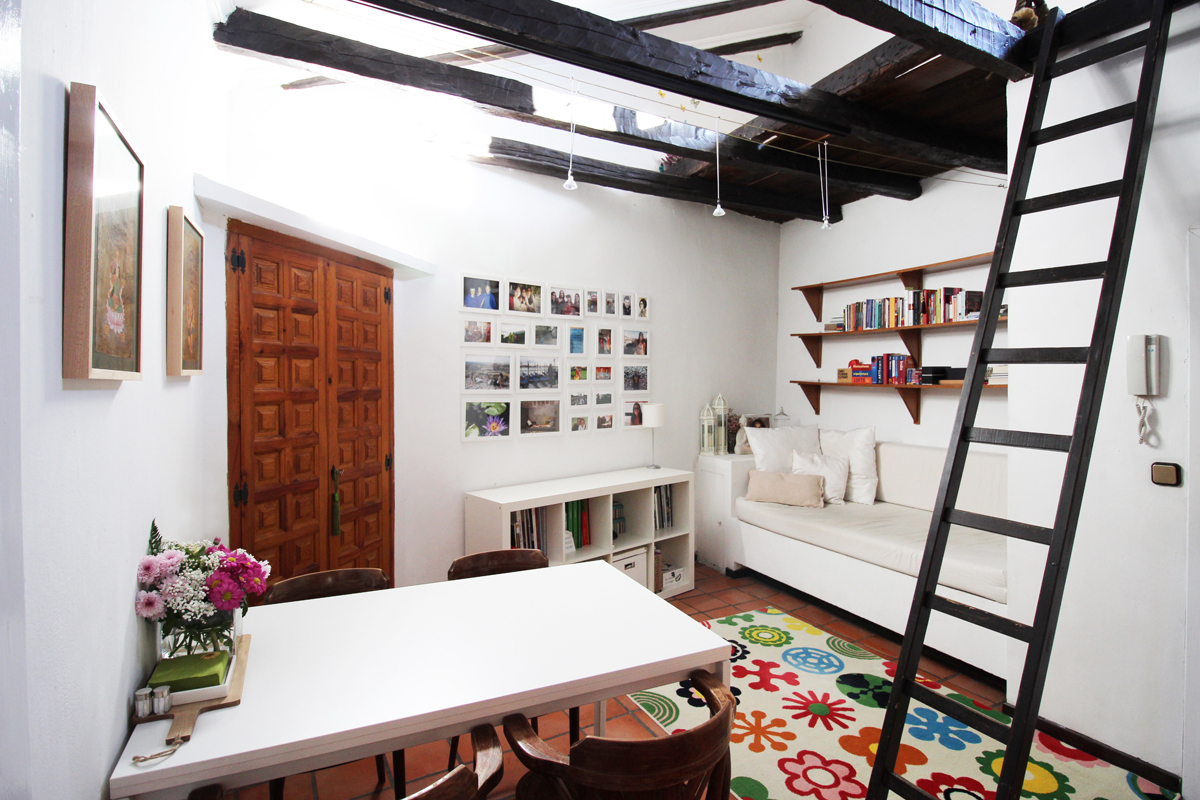 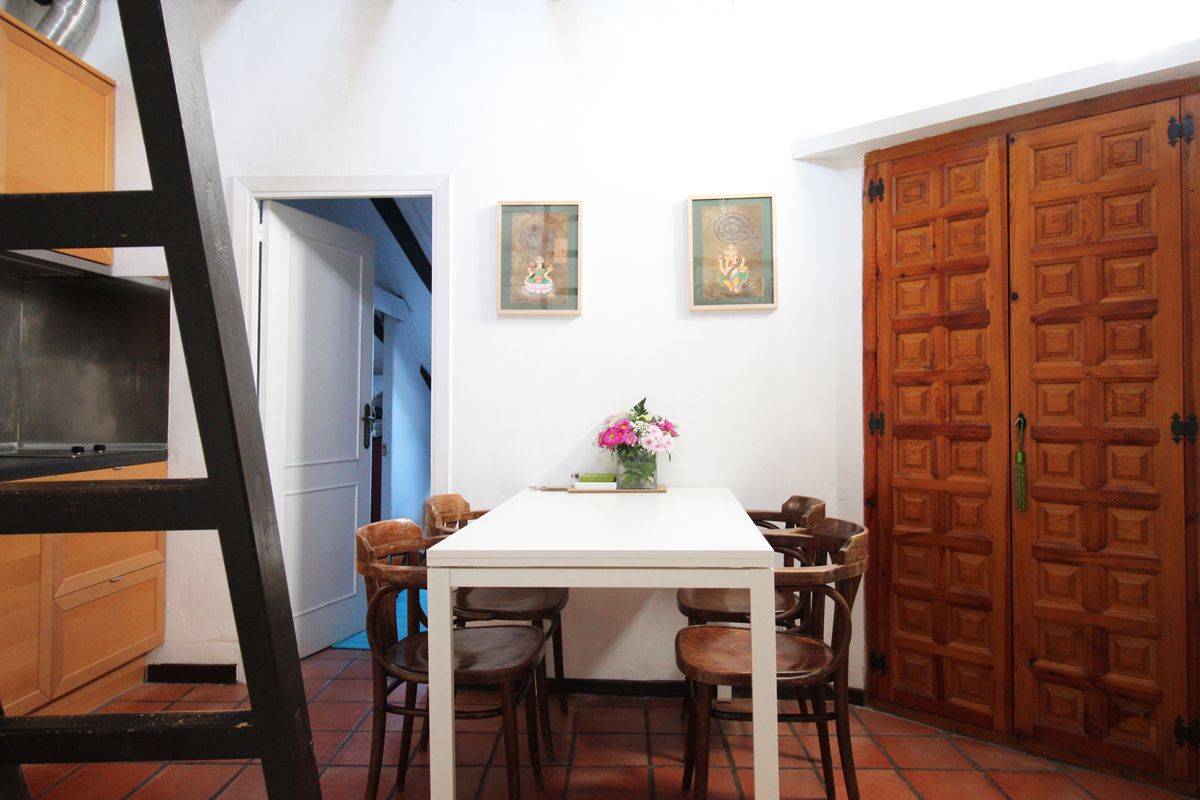 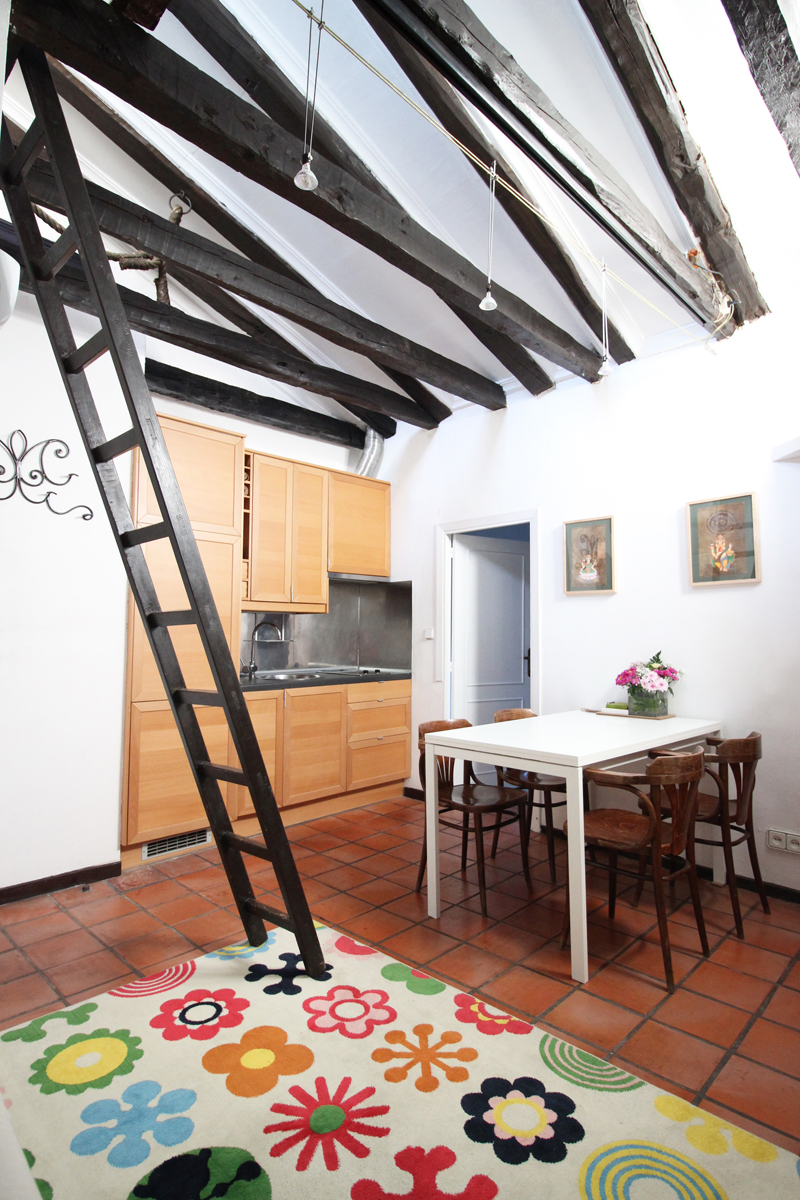 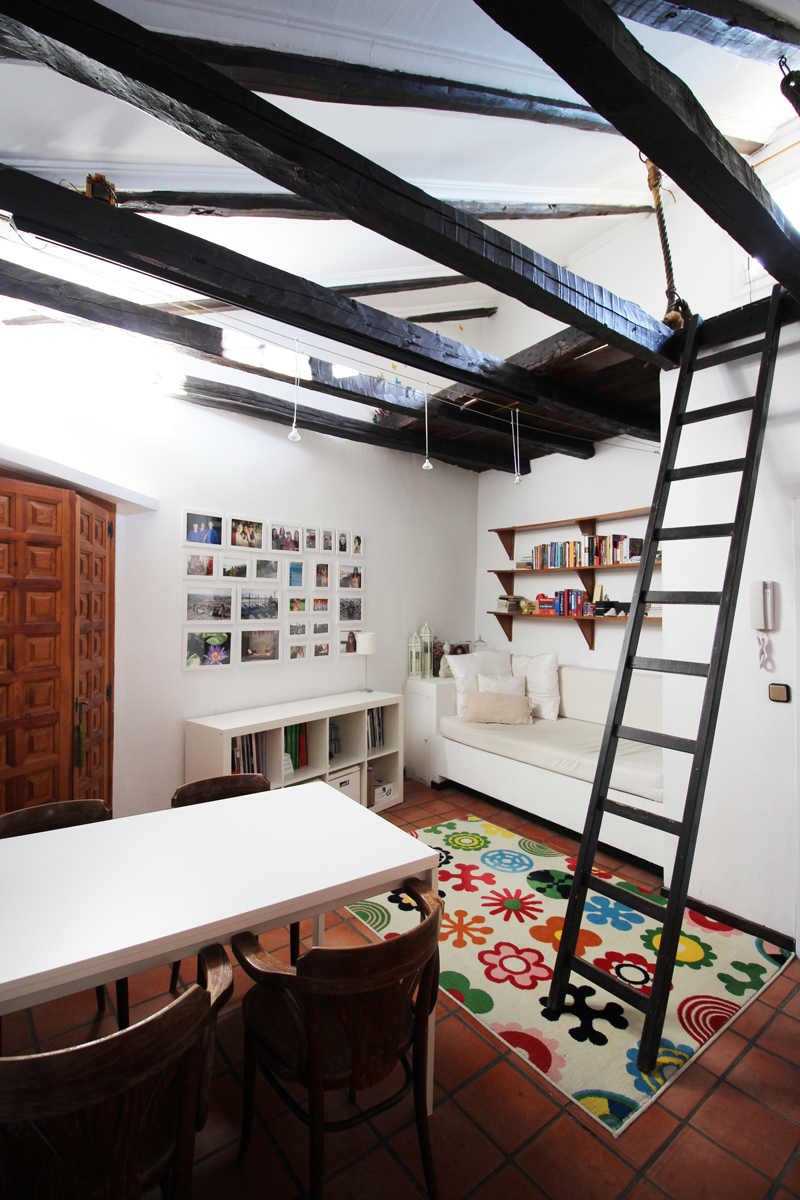 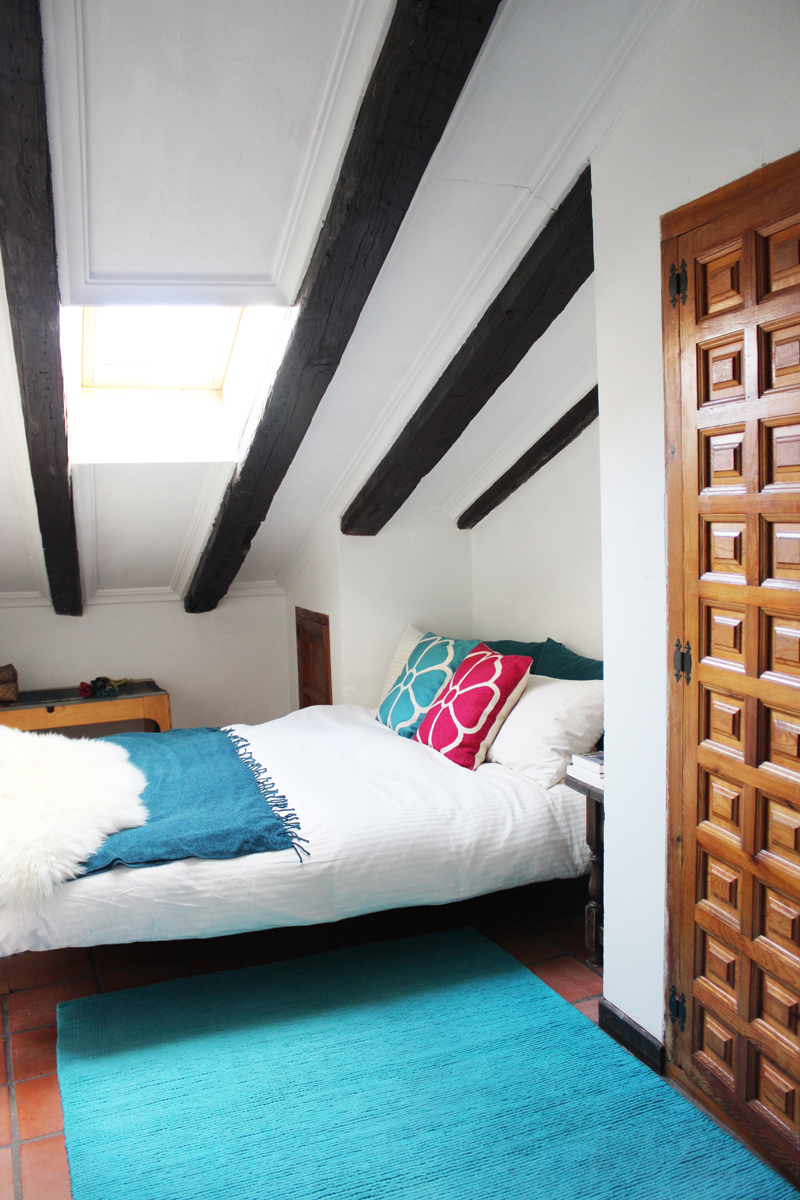 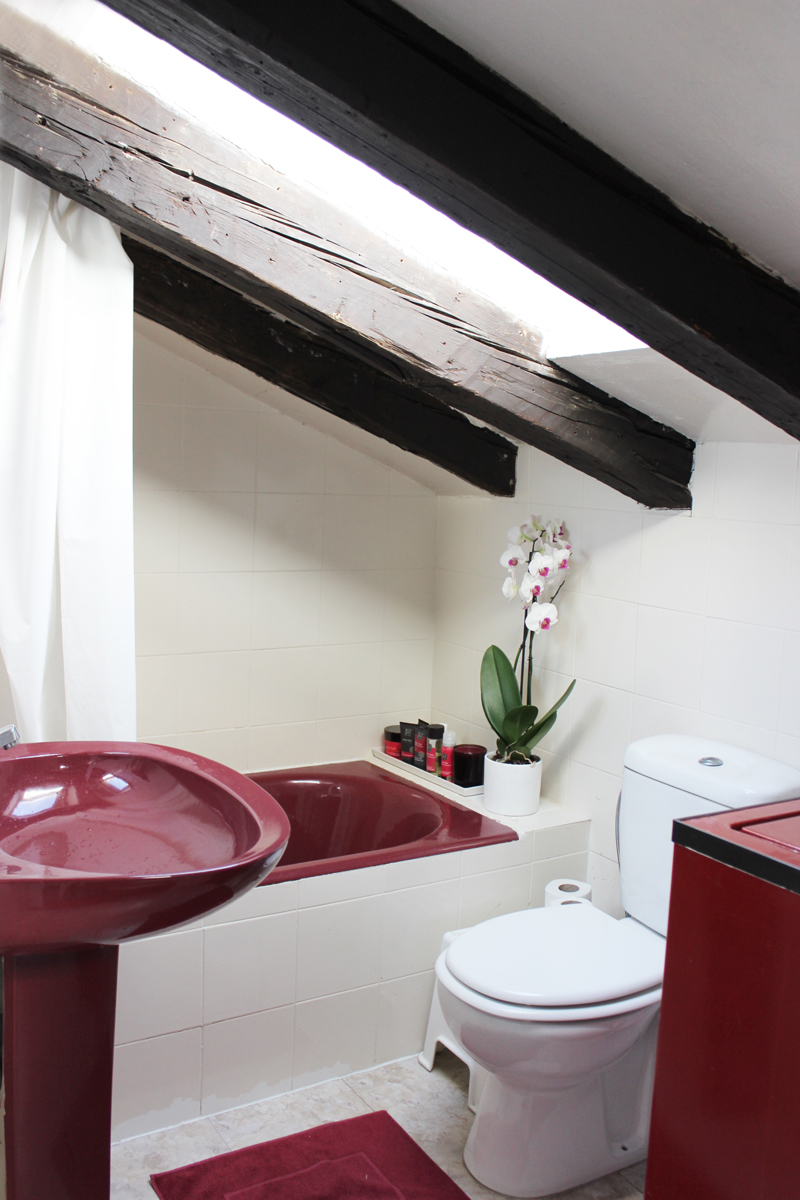 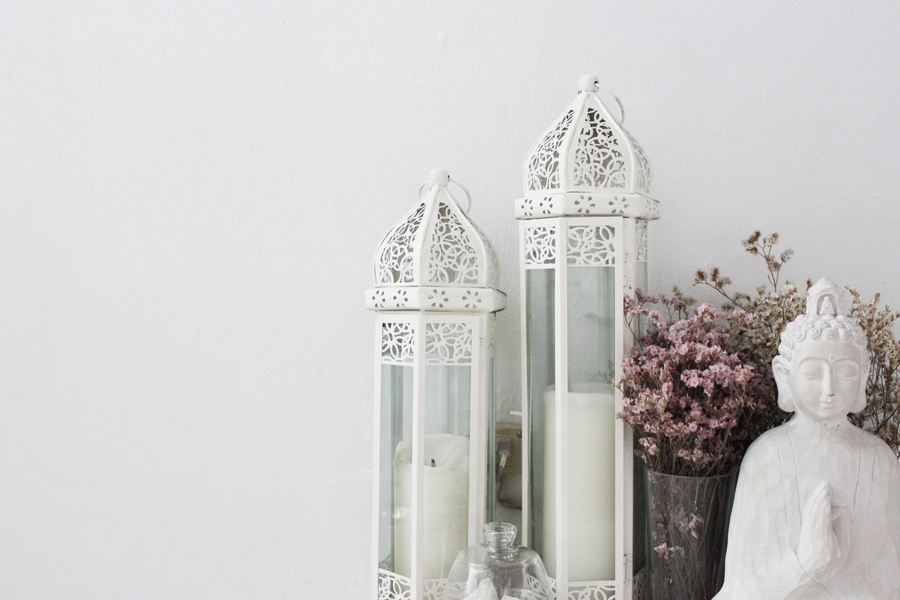 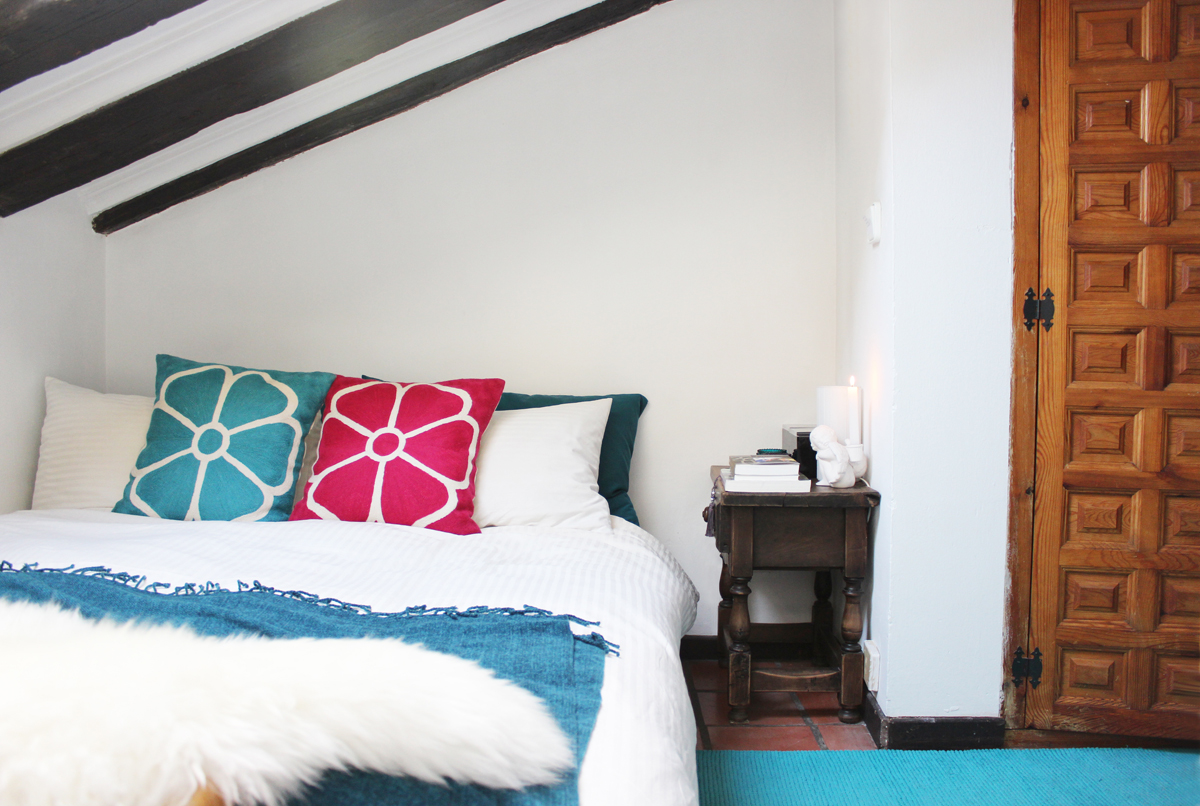 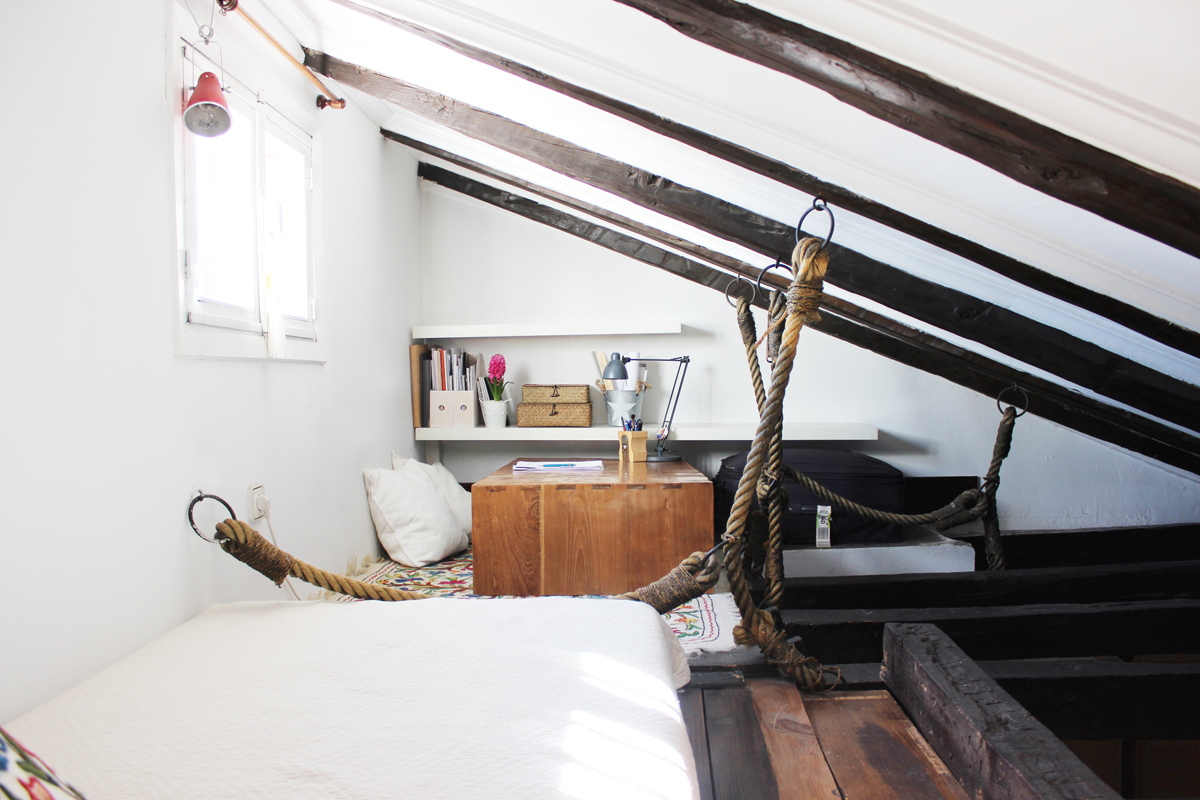 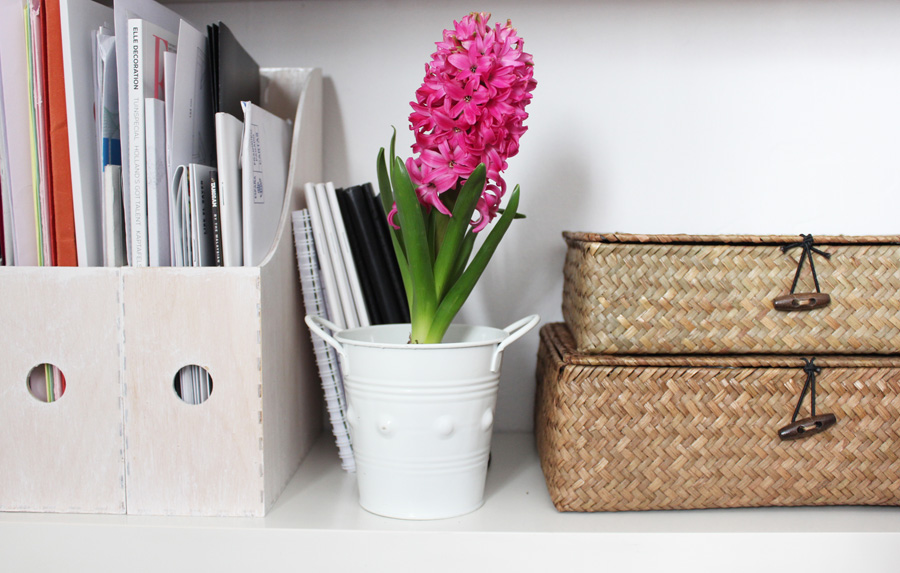 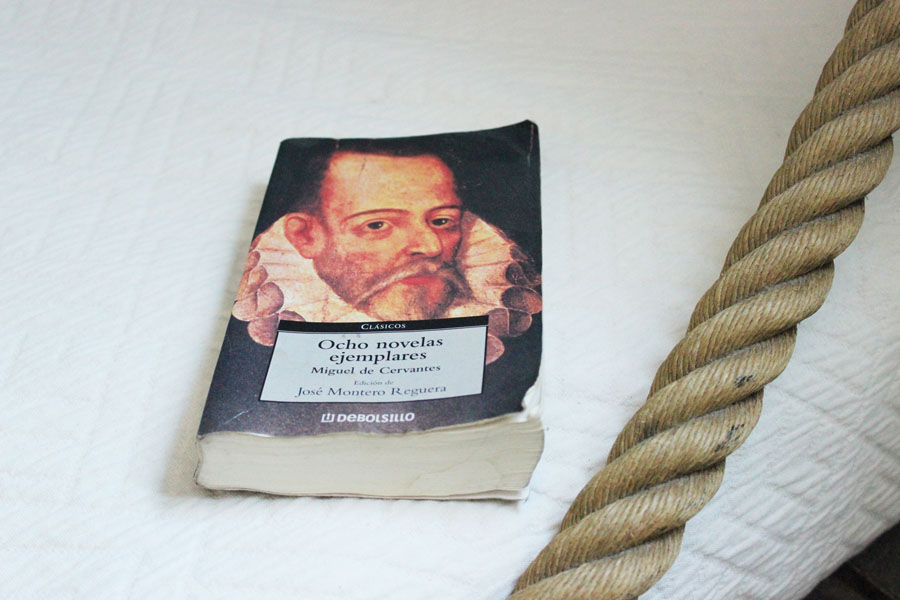 Penthouse of 40 m2 in the building where the famous Spanish writer Miguel de Cervantes lived and passed away, located in the emblematic Barrio de las Letras in Madrid. My role here as an interior designer was simply to renovate the aesthetic part and re-organize the space, keeping that rustic Castilian essence so characteristic of Castilla la Mancha Spanish region of El Quijote. More modern colour elements were added in contrast to white as a neutral background, combining it with some exotic elements brought from India. The energy of the space and influence of the wooden seen beams were corrected with Vastu Shastra techniques, making it a more prosperous and healthier space for its inhabitants.